As part of the Azadi ki Amrit Mahotsav, On the Occasion ofRashtriyaEktaDiwason 31st October, 2021 (National Unity Day), Officials of the Department of Animal Husbandry and Dairying under the Ministry of FAHD, participated in the ‘Run for Unity’, which was organized to mark the birth anniversary of Sardar Vallabhbhai Patel, to commemorate the legacy of one of the founding fathers of India. 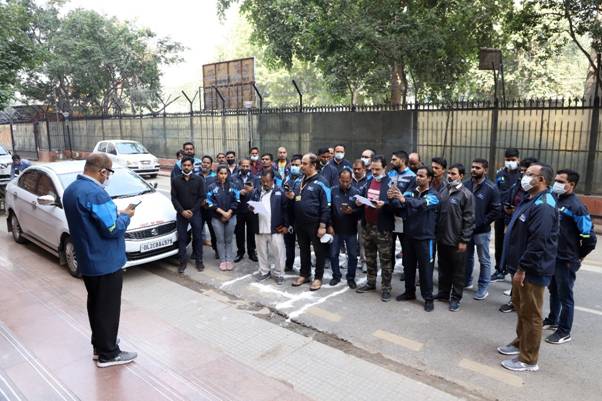 In the HQ of the Departmentat KrishiBhawan,JointSecretary (Administration) Shri. G N Singh flagged off the “Run for Unity” from Krishi Bhawan to R/A Janapath and back to Krishi Bhawan after “pledge taking ceremony”. Addressing the participants, hementioned the contributions of Sardar Patel, who had advocated farmers’ co-operatives as early as 1942 which marked the beginning of Kaira District Co-operative Milk Producers’ Union Limited, later popularly known as Amul. 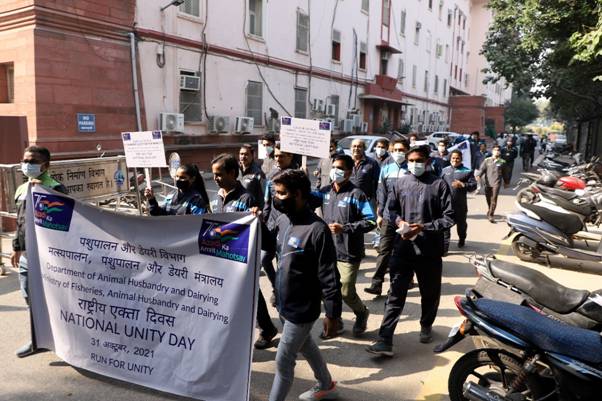 Staffs including senior officials of the Department have participated. After the run, there was a “pledge taking ceremony” at Krishi bhavan wherein all the staff and employees also joined virtually, in taking the Ekta Shapath (Unity Pledge) to reinforce the dedication to preserve and strengthen unity, integrity and security of the nation. Sardar Patel was known for leading India’s freedom struggle from the front and was instrumental in unifying the country after partition for which he was referred to as the “Ironman of India”.

Department organised similar events in all Union Territories with the participation of Animal Husbandry and Dairying department officials and farmers. A swachhata drive in Krishi Bhawan premises also organized after the Run for Unity.