·         With over 18 lakh acres of Estates, DGDE is one of the largest land-managers of the government land. The program is aimed to train the technical resources of Defence Estates Organisation in the latest technologies through premier institutions in the country and generate in-house capacities for survey and protection of land. Through this program, the trainees will have exposure to new a skill-set in modern technologies like satellite imagery processing, drone imagery processing etc.  It is proposed to impart training to the entire technical cadre of DGDE Organisation including the computer programmers of Cantonment Boards in batches. The first batch of Sub Divisional Officers is being trained from 18th October 2021 for two weeks at NRSC, Hyderabad. 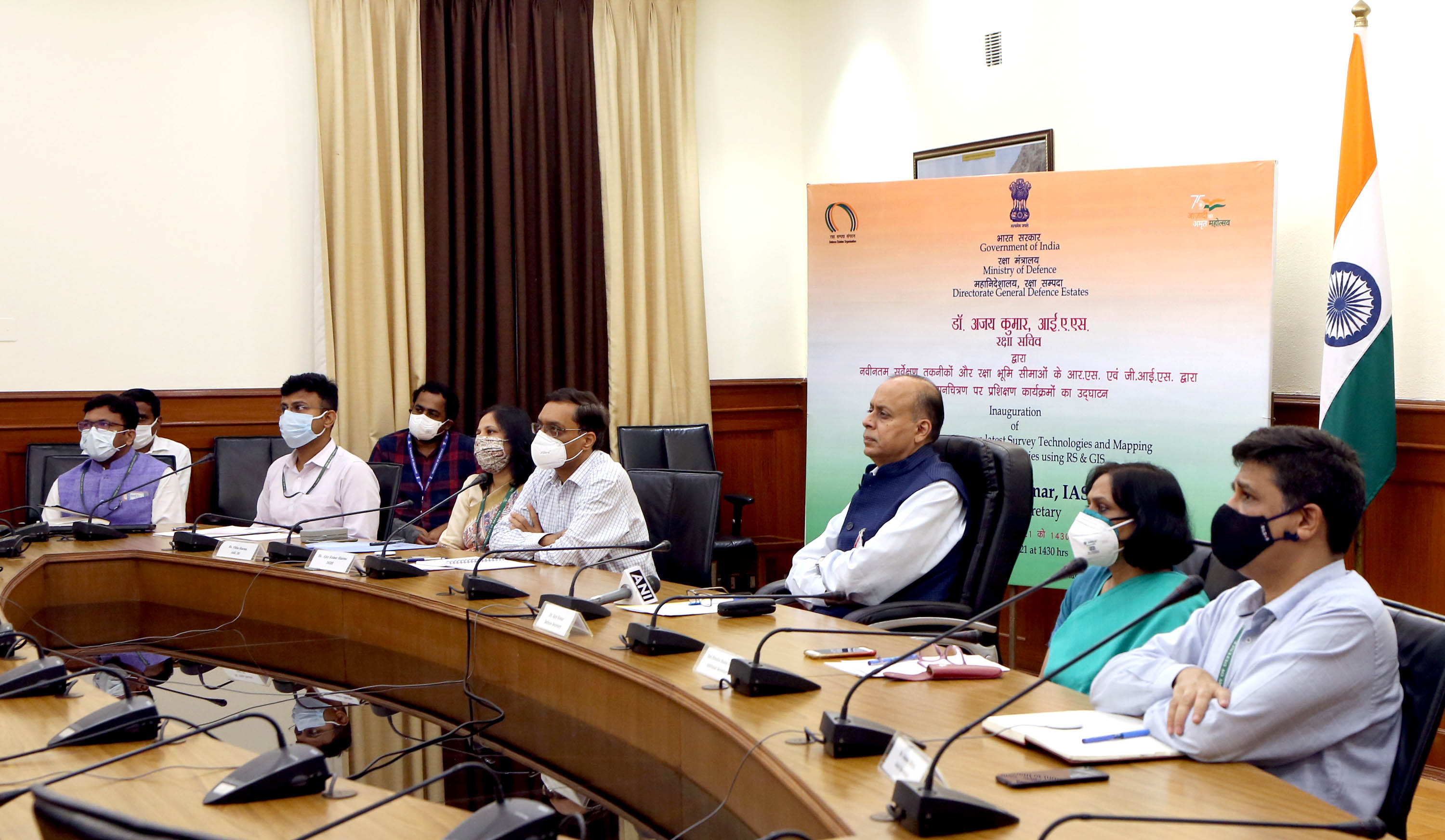 The defence secretary said on the occasion “with over 18 lakh acres estates, DGDE is one among the largest land managing organizations of the government land in the country. Also, this land pool is having varied types. While some chunk includes urban land, other are in remote and some in difficult terrains. So, it is extremely heartening to see that DGDE is adopting modern technologies and it would certainly improve the quality of land management system.”

The defence secretary also recalled the successful completion of digitization of defence land records by DGDE, through which, he said that the requirement from other organizations for public infrastructure projects like road, rail lines and power projects etc., in defence lands could be easily negotiated. He added that it could also ease the process of renewing the Leases. Dr Ajay Kumar pointed out the efforts of DGDE viz., developing surveillance system through satellites, to monitor the changes in the ground so that to take any corrective actions in case of any violations or encroachments.

The defence secretary hoped that just after completion of training, the officers will adopt these new technologies not only for quick completion of the ongoing land survey by DGDE but also for establishing this endeavor of DGDE as one of the best practices that other ministries and departments may follow.

In the next phase, one-week training for IDES officers to familiarize them with the latest technologies, is planned in November 2021. It will be a continuing exercise for IDES officers and staff till DGDE’s own training Institute (NIDEM) at Delhi develop its own capabilities to impart such training.

Defence Estates Organisation carried out a comprehensive survey of defence lands during 2011-2015 (Phase I). Now a Phase-II survey to verify, authenticate and reconcile the outcomes of the earlier survey has been undertaken and the same is in the final stages of completion. Until recently, surveys were being conducted through ETS and DGPS. This methodology has been time-consuming and outcomes of such surveys may also become outdated by the time the surveys are concluded.

It has been now decided that the latest technologies of land surveys as well as processing of data like satellite imagery, Drone based surveys and data processing tools should be adopted for more accurate, authenticate, reliable, robust and time bound outcomes of the survey. These techniques will also enable monitoring of changes on ground like encroachment or cultivation of land and better planning. Towards this objective, steps have been taken to carry out the drone-based survey of Mahajan Field Firing Range (Bikaner, Rajasthan) which is under progress. Likewise, a satellite imagery-based survey of Pokhran field Firing Range is in progress. A third project for real time change detection system based on the Tome series Satellite imagery for detection of encroachments is also in progress.