The 17th Edition of Indo-US joint exercise “Ex Yudh Abhyas 2021”, the joint military training between Indian and the US Armies concluded at Joint Base Elmendorf Richardson, Alaska on 29 October 2021. The aim of this 14 day exercise was to familiarise each other with operational procedures, combat drills and developing inter-operability. The Indian contingent comprised 350 personnel of an Infantry Battallion group of the MADRAS Regiment while the US contingent consisted of 300 soldiers of the First Squadron (Airborne) of the 40th Cavalry Regiment.

The exercise was conducted in two phases. The first phase comprised combat conditioning and tactical training by both the contingents. Training received by both contingents in the first phase was put into practice in the validation stage. Both contingents jointly took part in the validation exercise which comprised combat shooting, rappelling and helicopter based mobilisation of quick response teams. The troops were organised into composite companies with mixed platoons of Indian and US Armies and the validation exercise culminated in a raid on an enemy position in mountainous terrain and securing of critical infrastructure.

The two Armies have gained from each other’s expertise and experience in conduct of platoon and company level operations. The exercise has strengthened mutual confidence, inter-operability and enabled sharing of best practices between the two contingents. 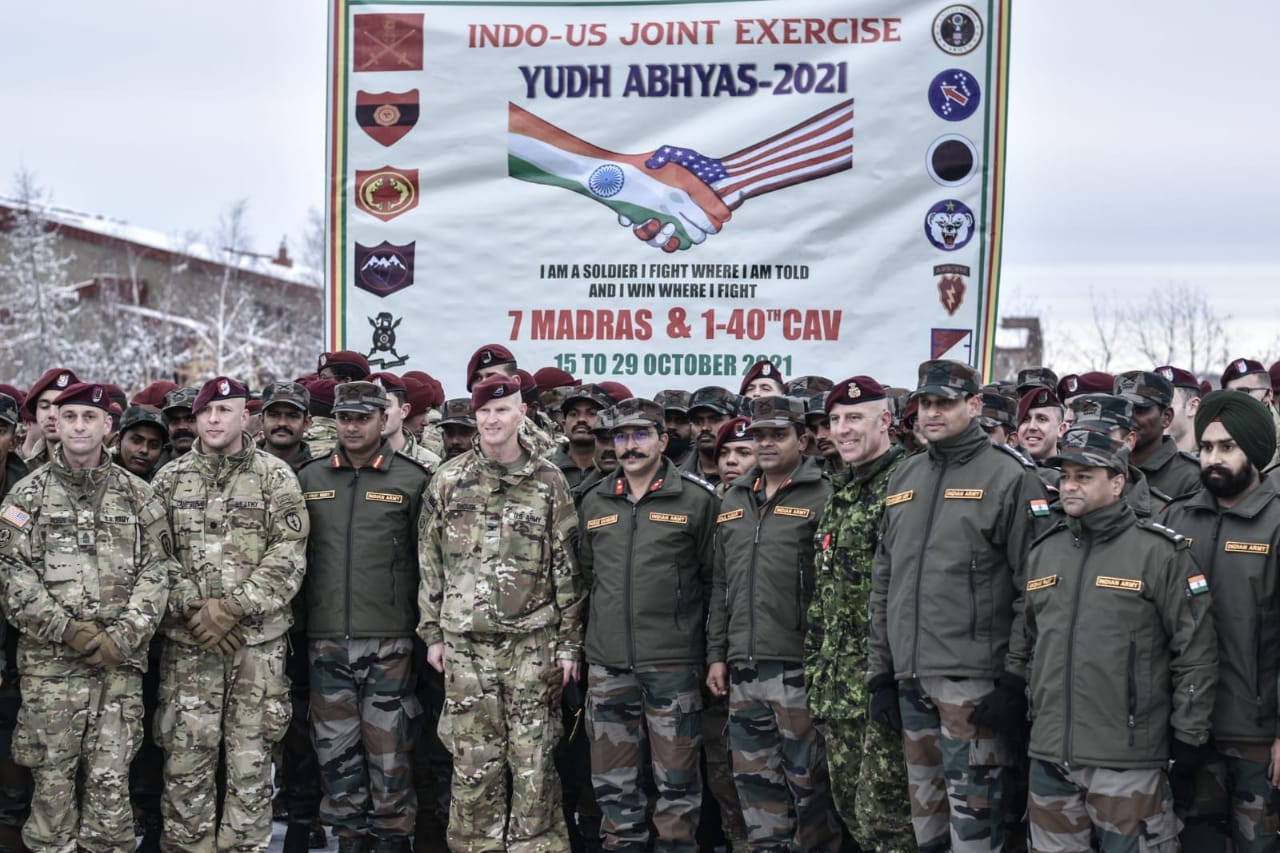