₹41,85,500 is collected from 75 companies compounded under LM rules

In a press conference here today, Secretary Department of Consumer Affairs, Ms. LeenaNandan shared how CCPA has been efficiently and effectively tightening noose over the violators. 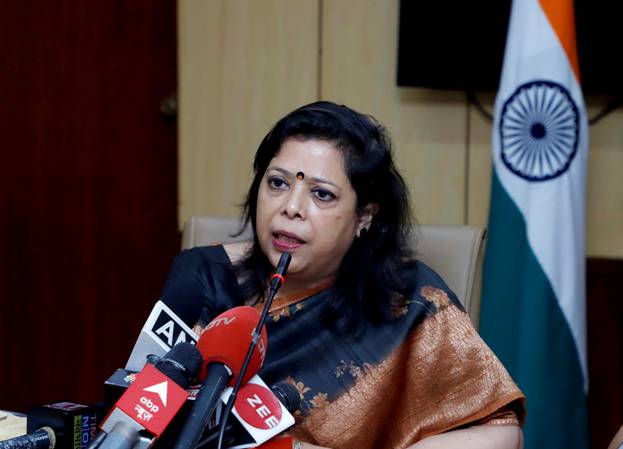 The violations involve declaring false country of origin on the products listed on e-commerce platforms and failure to declare country of origin. CCPA has taken suo-moto cognizance of the matter on the basis of complaints received from numerous consumers on the National Consumer Helpline portal.

Rule 6(5)(d) of the Consumer Protection (E-commerce) Rules, 2020 mandate any seller offering goods or services through a  marketplacee-commerce entity to provide all relevant details about the goods and services offered for sale by the seller including  country of origin, necessary  for  enabling  the  consumer  to  make  an  informed  decision  at  the  pre-purchase stage. Rule 4(3) further stipulates that no  e-commerce  entity  shall  adopt  any  unfair  trade  practice,  whether  in  the  course  of  business  on  its platform or otherwise.

CCPA has sent Notice to e-commerce entities for violations reported on their platforms. CCPA has directed such entities to furnish detailed reply as to what are the tangible steps have been taken by them on this matter. 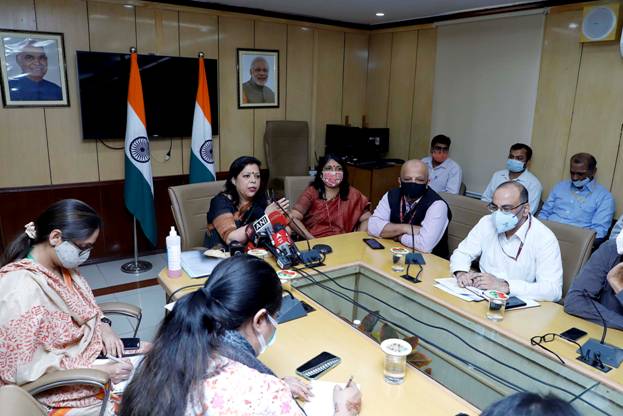 Thus, 202 notices with regard to country of origin violations in the period 16.10.20 to 22.10.21. Out of this, electronic products recorded the highest violations with 47 notices, followed by apparel with 35 notices.

75 companies have compounded their offences, out of which 68 have compounded for violations relating to country of origin. The total amount collected by compounding of the offences is ₹41,85,500.

CCPA is continually monitoring the e-commerce landscape in India to take immediate cognizance of violations under the Consumer Protection Act and the E-Commerce Rules, 2020 Significantly, the CCPA has issued advisory to all marketplace e-commerce platforms.

It has come to the notice of CCPA that some marketplace e-commerce entities are not complying with Rule 5(3)(e) of the E-Commerce Rules, 2020 which mandates every marketplace e-commerce entity to prominently display to its users, in a clear and accessible manner at an appropriate place on its platform all information provided to it by sellers under sub-rule (5) of rule 6 including the name, contact numbers and designation of the grievance officer for consumer grievance redressal or for reporting any other matter. Hence, consumers are unable to get redressal of their grievances from sellers on such platforms

Due to lack of required information, a consumer is ill-informed about the product or service. Without any information of name, contact number and designation of grievance officer of seller, published on the platform, a consumer has no choice but to contact the marketplace e-commerce entity in case of any grievance.

In its review, CCPA has found that marketplace e-commerce entities are giving run-of-the-mill reply to consumers stating that they are only intermediaries and are not liable for any grievance with regard to the product and it is the seller who is responsible for any liability arising out of purchase made on its platform.

Hence, CCPA has issued Advisory to all marketplace e-commerce platforms on 01.10.2021 for displaying information provided by sellers as per the E-Commerce Rules, 2020. As part of celebrations of 75 years of Independence – ‘AzadikaAmritMahotsav’, CCPA has decided to initiate a country-wide campaign to prevent sale of spurious and counterfeit goods that violate Quality Control Orders published by the Central Government. The daily use products identified for the purpose are Helmets, Pressure Cooker and Cooking Gas Cylinders. Violation of compulsory standards has been categorized as a cognizable offence u/s 29 (4) of BIS Act.  Such goods can be dangerous, hazardous and risk causing harm to consumers.

Under Section 2(47) of the Act, Unfair trade practice includes promoting the sale, use or supply of any goods which adopts any unfair method or unfair or deceptive practice by falsely representing that the goods are of a particular standard, quality, quantity, grade, composition, style or model.

CCPA has taken suo-moto cognizance of unfair trade practice involving sale ofsuch goods to consumers. District Collectors of all states & UTs have been directed u/s 16 of CP Act to investigate unfair trade practices of selling such goods to consumers.CCPA has also written to DG, BIS to take up this issue on priority and notify all regional branches to conduct market surveillance and take immediate action.

Secretary, Department of Consumer Affairs has written to Chief Secretaries of all states & UTs to undertake enforcement drive, in co-ordination with District Collectors & Commissioners of Police to prevent sale and manufacture of goodsviolating compulsory standards. States which do significant enforcement activities will be awarded recognition during the Iconic week of AzadiKaAmritMahotsav.

The Department has taken new initiatives to collaborate with stakeholders for protecting consumers from cyber fraud as well.

Complaints of cyber fraud were also reported on National Consumer Helpline (NCH). The Department of Consumer Affairs has collaborated with the Indian Cyber Crime Coordination Centre(I4C), Ministry of Home Affairs for strengthening Redressal of cyber fraud grievances on NCH.

The helpline number of 155260 for reporting cyber fraud has been prominently published on the NCH portal. A banner link to directly lodge complaint on Cyber Crime Portal has also been placed on the platform. Advocacy resources to raise awareness on cyber fraud have also been published on NCH platform. These include preventive measures for safeguarding against common cyber frauds like financial fraud, job fraud and matrimonial frauds.

National Payments Corporation of India (NPCI) has also provided a ‘Knowledge base on Digital Payments’ providing FAQs for various modes of digital payment like BHIM, Bharat QR, IMPS, Debit cards etc. which has been published on NCH platform. NPCI has also started an online dispute resolution system for UPI complaints.

I4C will also conduct a training session at NCH/ZCH to equip counselors and supervisors for effectively dealing with complaints of cyber-crime.

Hence, the Department is collaboratively working with stakeholders including TRAI, NPCI and I4C to protect consumers from cyber frauds and safeguard consumer rights.

In addition,a number outreach and publicity activities have been undertaken to make consumers aware about their rights, consumer protection law& become cautious of unfair trade practices. Publicizing the National Consumer Helpline and to educate consumers on how to lodge consumer complaints has been the Department’s prime focus. The Department’s JaagoGraahakJaago tag line is widely recognized in the country.

Dissemination of audio/visual/still creatives in various regional languages, apart from Hindi and English through Social media channels of the Department, Department’s website, State Government machinery and Panchayati Raj Institutions, Partnership with MyGov for amplification of outreach and carrying out survey, competitions and wider circulation of consumer awareness material has been undertaken on wide scale especially in rural and far off tribal and North East areas. The Department has shared videos on Consumer Protection Act, 2019, National Consumer Helpline, Hallmarking and Packaged Commodity Rules with VCOs registered in Consumer Welfare Fund for dissemination. Sharing of NCH success stories on social media and department website have been done to indicate spread of awareness. Displaying messages on consumer awareness through 1500 Common Service Centres in Tribal areas and NER have been undertaken.

The Department has carrying out an awareness campaign with Ministry of Railways, IRCTC where National Consumer Helpline, Hallmarking of Jewellary, awareness messages are printed on electronic tickets and confirmation/cancellation mails released by IRCTC.

A contest for video testimonials for NCH is live on Mygov portal to allow people to share their Redressal stories.Scrolls on CP Act, BIS, Hallmarking of gold were displayed on DD News and DD Kisan.

The Department wishes to strengthen the consumer awareness drive with joint campaigns with other Departments especially on safe use of digital payment mechanisms and reporting of electronic cyber fraud in near future. An informed consumer is useful for the country’s economy and quality products being sold in the country.