Indian Panorama calls for entries for 52nd edition of IFFI

Indian Panorama calls for entries for 52nd edition of IFFI

The 52nd International Film Festival of India (IFFI) has announced call for entries for Indian Panorama, 2021. Indian Panorama is a flagship component of the International Film Festival of India (IFFI) under which best of contemporary Indian films are selected for the promotion of film art. The 52nd edition of IFFI will be held in Goa from 20th to 28th November, 2021. 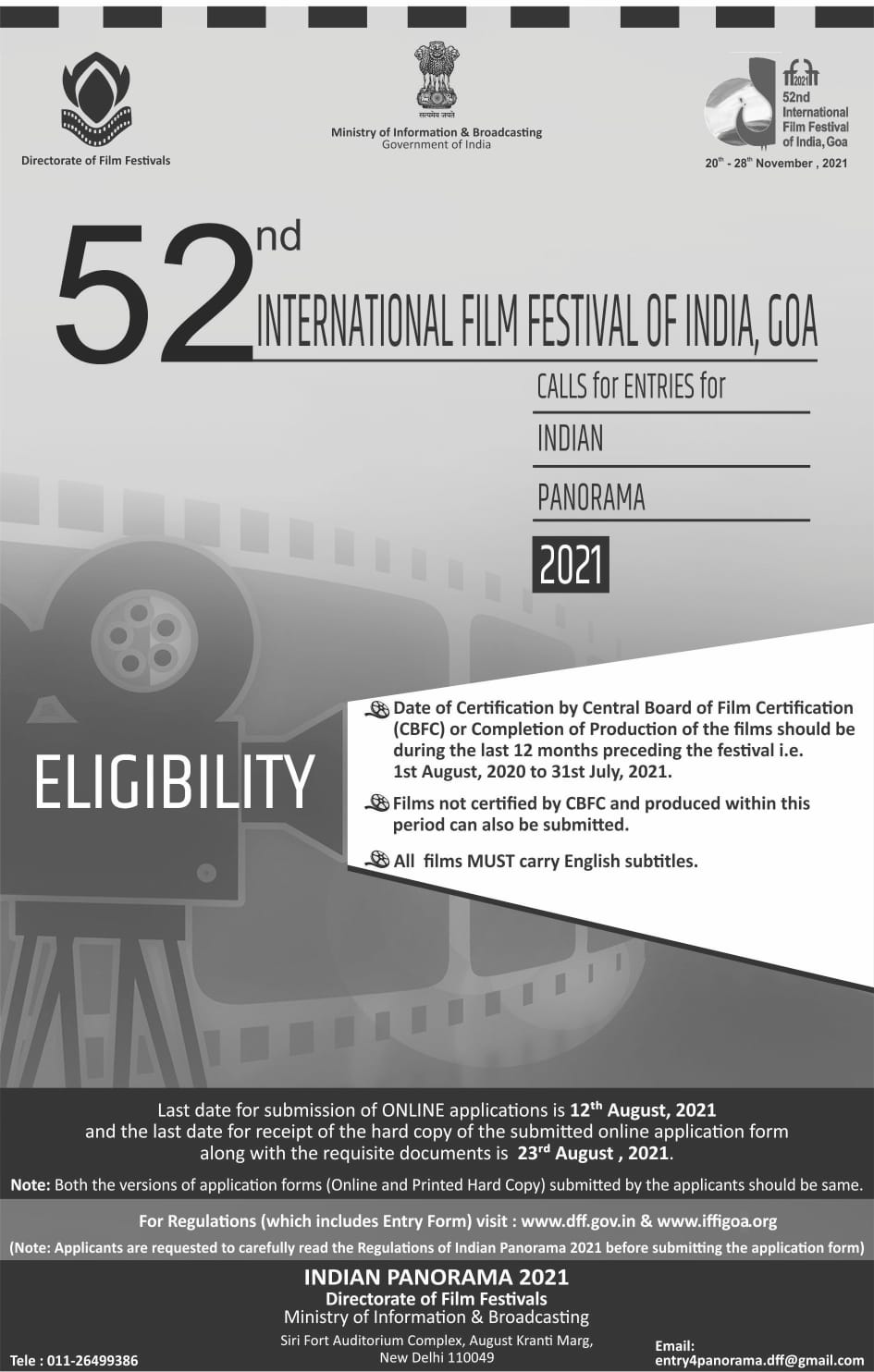 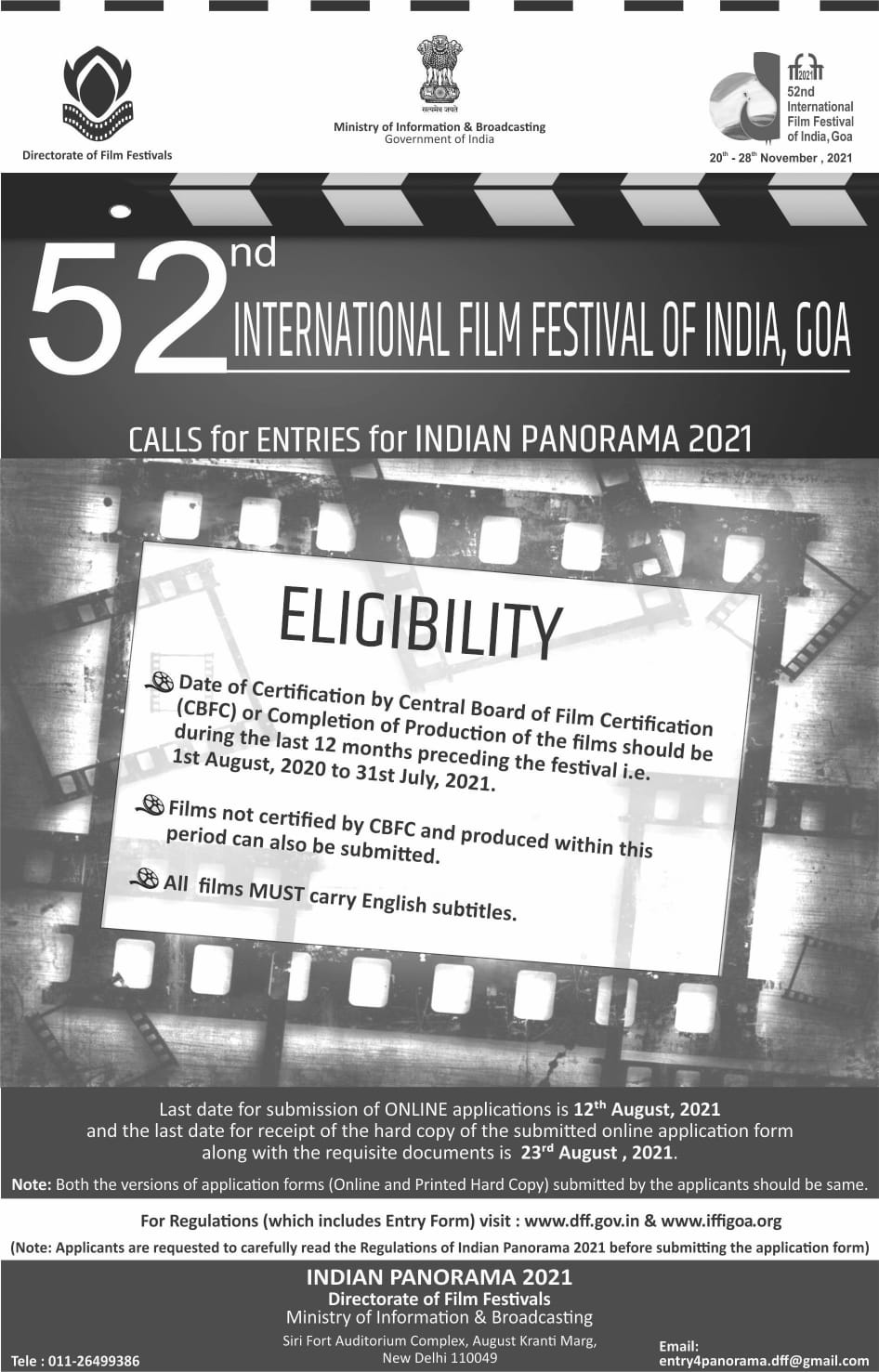 The last date to submit applications online is 12th August, 2021, and the last date of the receipt of the hard copy of the online submitted application, along with other requisite documents is 23rd August, 2021. A set of guidelines have to be followed while submitting films for the 2021 Indian Panorama. The date of CBFC or completion of production of the submitted film should be during the last 12 months preceding the festival, i.e. 1st August, 2020 to 31st July, 2021. Films not certified by CBFC and produced within this period can also be submitted. All films must carry English subtitles.

The aim of the Indian Panorama, organized by the Directorate of Film Festivals, Ministry of Information and Broadcasting, Government of India, is to select feature and non feature films of cinematic, thematic and aesthetic excellence, for the promotion of film art through the non-profit screening of these films in international film festivals in India and abroad, Indian Film Weeks held under Bilateral Cultural Exchange Programmes and Specialized Indian Film Festivals outside cultural exchange protocols, and special Indian Panorama festivals in India.