Central Public Works Department celebrated 167th year of its glorious service to the nation on July 12, 2021. It was a low key function held digitally in view of the pandemic. 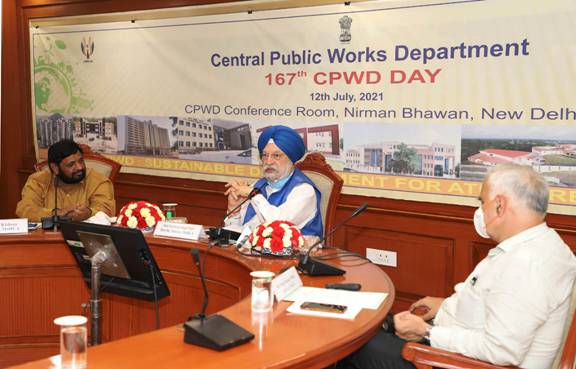 During the inaugural function, four technical publications, CPWD Floral Tableaux : A Treasure Collection, ERP e-Modules, NirmanBharati – in house publication of CPWD and CPWD Telephone Directory 2021 was released by the dignitaries. A short film on CPWD depicting the activities and achievements of CPWD was also screened during the function.

On this occasion, CPWD Medals were conferred upon the best performing officers of the department followed by technical presentations made by the officers of CPWD and other experts.