The deadline for submission for Detailed Project Report (DPR) is 31st December 2021 and no DPR would be entertained beyond the deadline , says Shri R.K Singh

Big technology push towards Modernization : Use of Artificial Intelligence (AI) for System driven energy accounting and extensive use of IT for Modernization of DISCOMS :Shri Singh

Collective efforts of all the stakeholders would usher in the next generation of reforms to build a modern and future ready Distribution Sector to fulfil the expectations of all electricity consumers and pave the path for accelerated economic growth of the country; We should be “Future Ready” , says Power Minister

Shri R.K.Singh, Minister of Power and New and Renewable Energy  chaired a virtual meeting with Additional  Chief Secretaries /PrincipalSecretaries  (Power/Energy) and CMDs/MDs of DISCOMS of all States/UTs today . Minister of State for Power Shri Krishan Pal Gurjar, Secretary Power Shri Alok Kumar , senior officials from the Ministry were also present on the occasion. 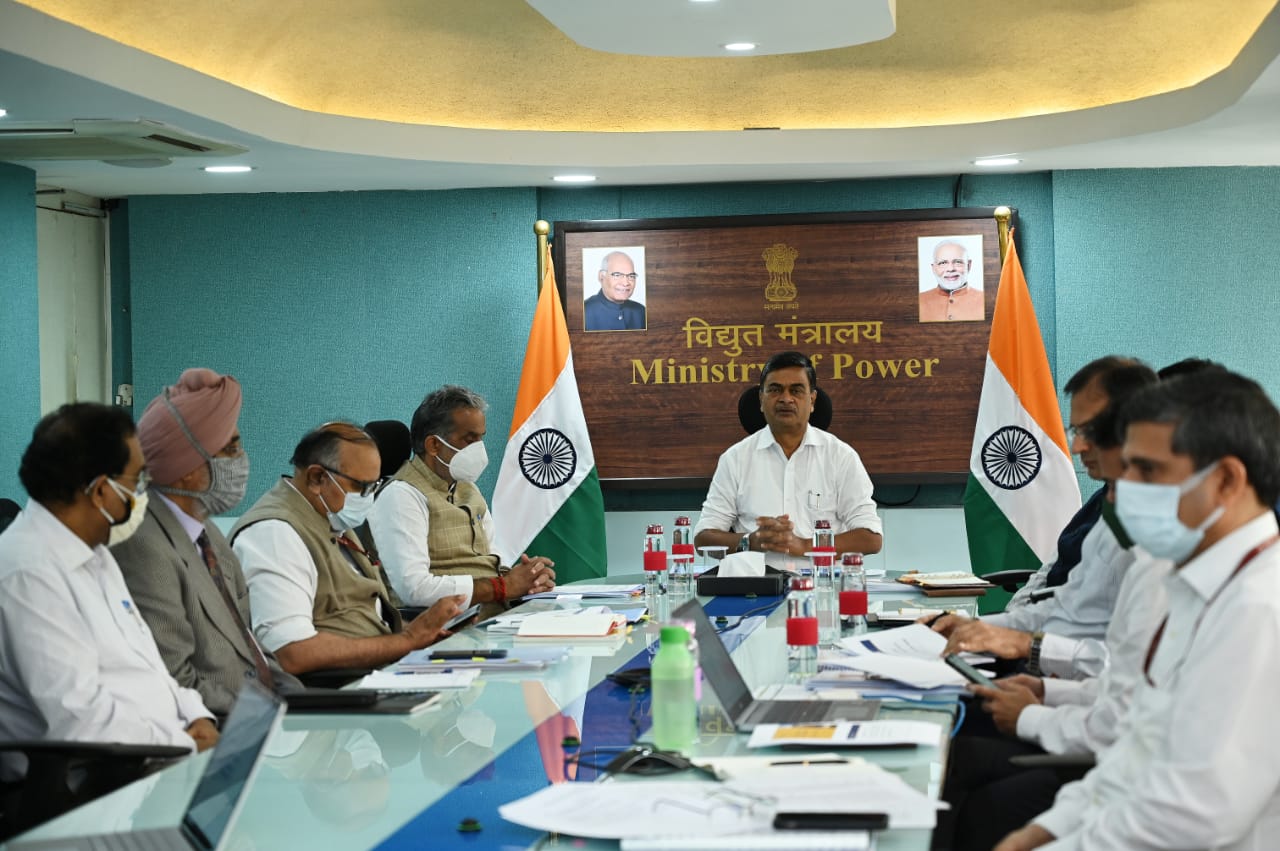 The meeting reviewed the reforms being undertaken in the power sector  as well as on the Guidelines of the new  Reforms Based and  Results Linked  Distribution Sector Scheme  followed by a review of the IPDS and DDUGJY Schemes . Speaking on the event Shri R.K Singh said that the power sector has witnessed tremendous growth over the past few years in the areas of Generation, Transmission and Distribution. With total installed generation capacity of 384GW , our country has transformed from a power deficit to a power surplus country. 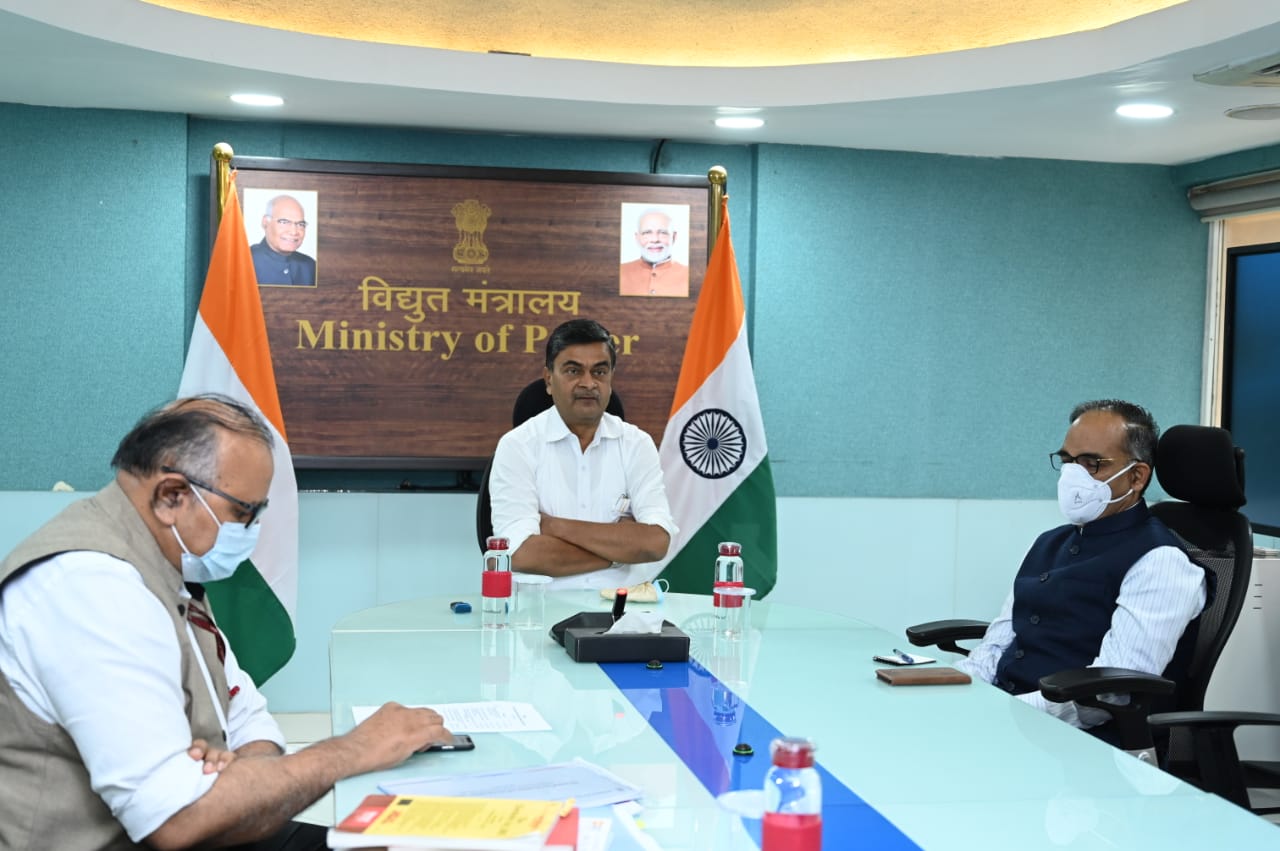 Shri Singh further said that   transmission network has been expanded to connect the whole  country into one integrated grid with  inter-regional transfer capacity of over 1 Lakh MW. He further stated that with the joint efforts of the centre and the state governments Universal Access has been achieved , with   100% electrification of the villages and electrification of 2.82crore households. 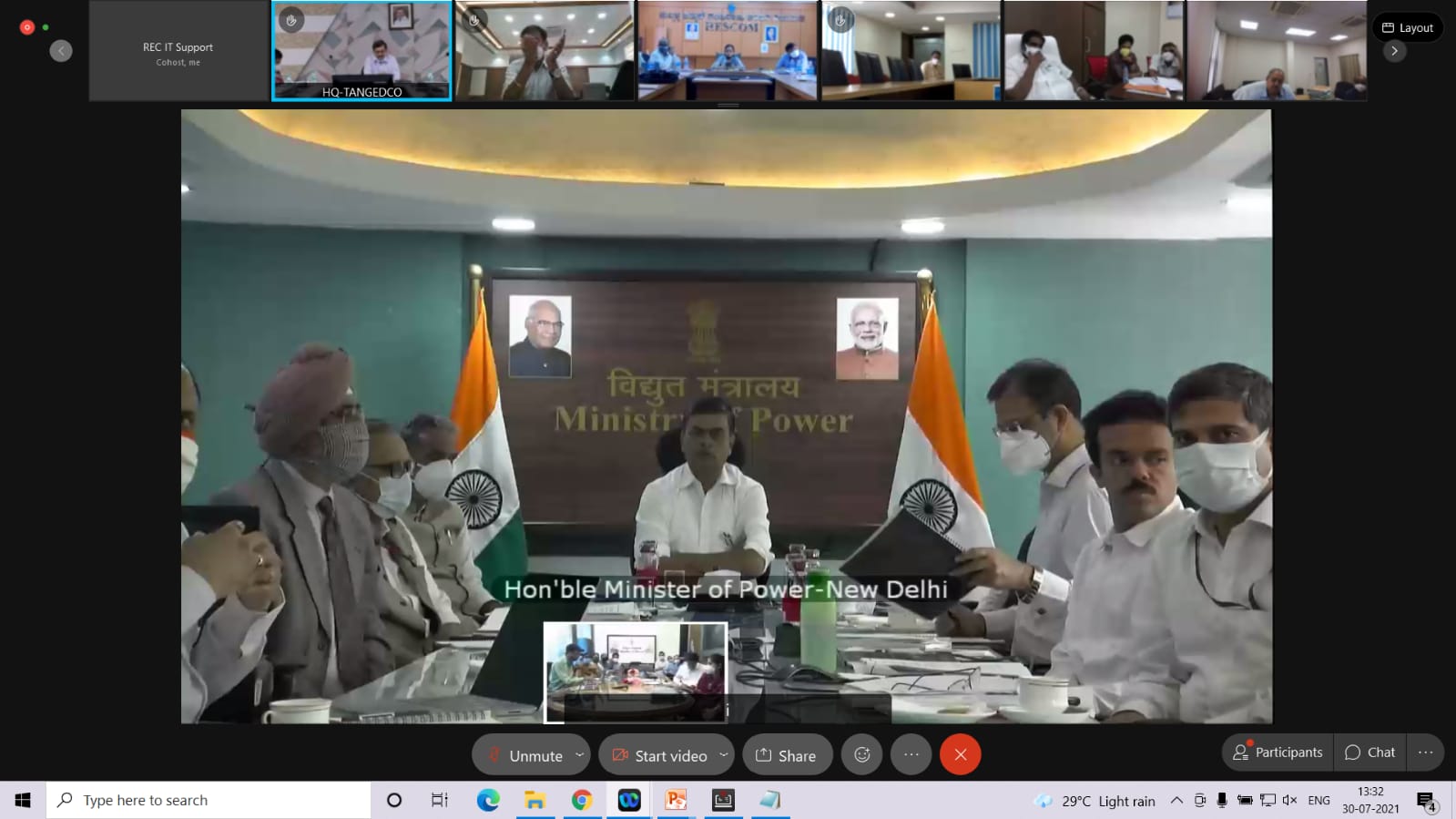 Power Minister said that  in today’s scenario, all policies and programs should be consumer centric. Power Minister mentioned that under DeenDayalUpadhyaya Gram JyotiYojana and Integrated Power Development Scheme for strengthening the Distribution system,  2,798 new substations had been set up ; 3,930 substations had been upgraded ; 7.5 lakh kms of HT and LT lines had been added ; 6.7 lakh new transformers had been provided ; 60,897 kms of AB cables and ~2.5 crore meters had been provided under these Schemes – thus strengthening the Distribution system.

Providing 24×7 quality and reliable power supply with enhanced consumer satisfaction is very important as this is the key ingredient for accelerated growth of economy and country at large.

Shri Singh said that the 3lakh 3000 Crore Revamped Distribution Sector Scheme  – a reforms Based and Results Linked Scheme was the  largest of its kind in the power sector and that there are enough funds to meet the requirements of the States/DISCOMs for distribution system strengthening and modernization .

Power Minister , while calling for a major technological push by the DISCOMs , said that the Scheme envisages extensive use of Artificial Intelligence (AI) and Information Technology (IT) for system generated  energy accounting to enable energy audit and modernization of Distribution Infrastructure for loss reduction and  for improvement in quality and reliability of power supply.

Minister Power added that under the Scheme3875 SCADA systems would be set up in smaller towns and 100 Distribution Management System (DMS) would be set up in the bigger towns and cities . DISCOMs would be able to take up the works related to Underground Cabling, Aerial Bunch Cabling(AB Cabling)  as per need and also install High Voltage Distribution Systems(HVDS). The Scheme also provides for separation of agricultural feeders and the  DISCOMs  should take advantage of KUSUM for seaparation and solarization of the agricultural feeders.

Minister Power mentioned that Under the KUSUM scheme, Agriculture feeders are being solarized. Thirty percent of the cost of solarization is met from the KUSUM, and seventy percent is loan from NABARD/PFC/REC. This loan is repaid in 5 years using the money which the State Governments were giving for agriculture subsidy. After 5 years, the outgo of the State Government on agriculture subsidy becomes NIL . The farmer gets electricity at nominal rates during day time for irrigation from day one. When the farmer is not irrigating his fields, the free electricity is available to DISCOMs. Against an available sanction capacity of 9.5 Lakh pumps under KUSUM, demand of 43 Lakh pumps has already been received from the States.

Power Minister said that the target of the Scheme is to bring down the Aggregate Technical and Commercial Losses (AT&C Losses) to 12-15% at the All India level and bringing down the gap between Average Cost of Supply (ACS) and Average Revenue Realised (ARR) to zero by 2024-25 .The aim is to establish an operationally efficient and financially sustainable power sector which is equipped with modern technologies like Smart Grids, capable of providing state of art consumer services and is future ready for integration with Renewable energy sources and facilitate E-Mobility, Time of Day Tariff etc. To meet this requirement, Government of India has launched the Revamped Distribution Sector Scheme.

Shri Singh added that a DISCOM which is making losses will not be able to access funds under this Scheme unless it draws up a plan to reduce the losses, lists out the steps it will take to reduce such losses and the calendar thereof, get their State Government’s approval to it, and file it with the Central Government. The fund flow from the scheme will be contingent on their adhering to the loss reduction trajectories. Power Minister said that this is the “scheme” of the “Scheme” .

Power Minister informed that action Plan and DPRs need to be formulated by the DISCOMs in consultation with the Nodal Agency/Ministry of Power and that REC , PFC and the Ministry would provide all necessary assistance in this regard . DISCOMs will also indicate specific activities and reforms required to improve their performance as part of the Action Plan. The deadline for  DPRs submission would be 31st December 2021 and that no submission beyond that deadline would be accepted Power Minster added.

Shri Singh  further added that though electricity services are considered basic essential public service but we must remember that any service / commodity has a cost and the cost has to be recovered to keep progress wheel moving and thus it has a commercial aspect also which is very important for requisite continual growth of the sector. Therefore, financial viability and sustainability is at the core of development of the sector.

All the participatingStates welcomed the Scheme and its and expressed readiness regarding preparation of DPR with most of them stating that they would  be submitting the DPR much before the deadline of 31stDecember.

Power Minster concluded with  belief that with the collective efforts of all the stakeholders, the power sector of the country would usher in the next generation of reforms to build a modern, efficient, financially sustainable and future ready Distribution Sector to fulfill the expectations of all electricity consumers and pave the path for accelerated economic growth of the country.