Awareness campaign to be launched to counter rumours and address vaccine hesitancy : Naqvi.

The Union Minister of Minority Affairs Shri Mukhtar Abbas Naqvi held a review meeting about Haj 2021 at the Haj House in Mumbai today. He however said that ““while we have done our preparations, India will go by the decision of the Government of Saudi Arabia.  “While some countries are not able to send their citizens to Haj 2021, India has decided that we will stand shoulder to shoulder with the Govt. of Saudi Arabia, we will go ahead in line with the decision taken by the Saudi Government. Our priority continues to be the health and well-being of people of both nations and also of humanity” Shri Naqvi said at a Press Conference which followed the review meeting. The Minister said that a nationwide campaign will be launched by various social and educational institutions to “curb and crush” rumours and apprehension regarding the vaccination drive going on in India. “State Haj Committees, Waqf Boards, their associated organisations, Central Waqf Council, Maulana Azad Education Foundation and other social and educational institutions will be part of the campaign,” he added.

Shri Naqvi said that Women’s Self Help Groups will also be included in the campaign. These organisations and Women SHGs will also encourage and persuade the people to get vaccinated to tackle the Corona pandemic.  The campaign will be called “Jaan Hai To Jahaan Hai” and will be launched especially in villages and remote areas of the country. 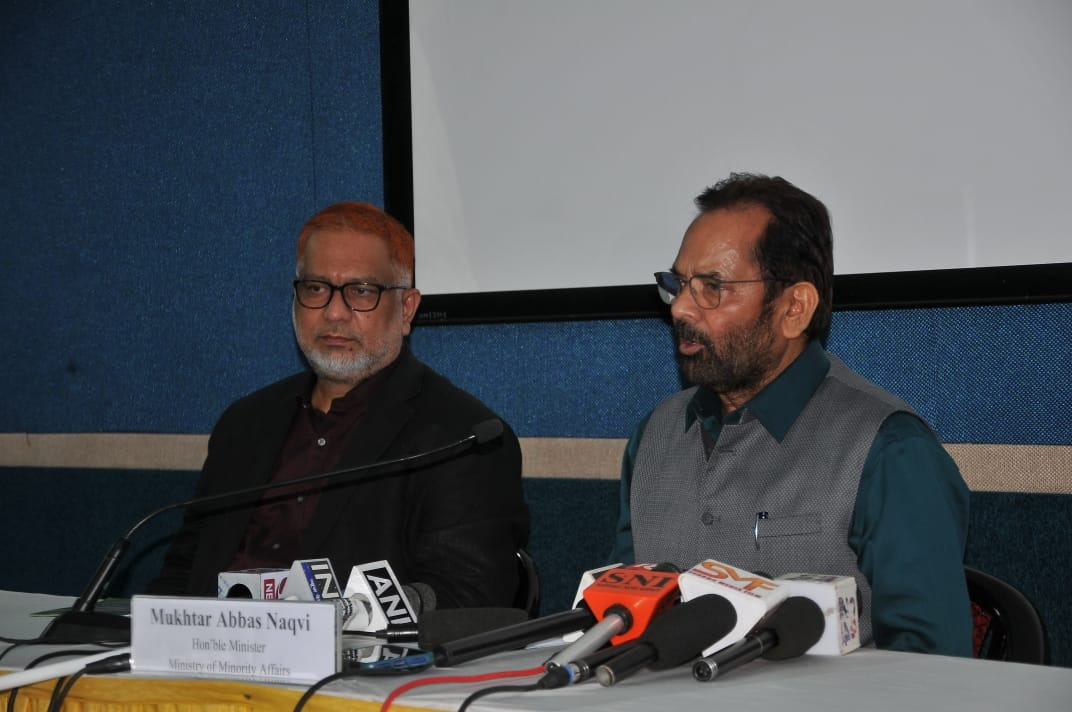 Recalling his visit to some villages and the prevalence of vaccine hesitancy among people, due to lack of awareness, the Minister said “unfortunately some narrow-minded elements are creating confusion and fear on the vaccination front. They are not only enemies of the health and well being of the people but also of the country”.

Responding to a question on vaccination, the Minister assured: “whether it is in one state or another, the government is that of the people. It is our national responsibility to clear all confusion and fear and get ourselves vaccinated and encourage others too, to do the same.”

Shri Naqvi also assured that there will be no shortage of vaccines or any other essential requirement in the country. He said already 24.3 crore people have been given vaccination.  “Even though we had fewer medical facilities in comparison to many advanced countries, we augmented our capacity of oxygen supply, ventilators and other essentials,” the Minister added.

Speaking about the country’s preparations for Haj 2021, Shri Naqvi said that a review has been taken of the current position on vaccinations, based on directions given by the Haj Committee of India and the guidelines given by the Health Department of the Government of Saudi Arabia.

More than 2.5 million people perform the Haj pilgrimage in the holy city of Mecca every year.  It may be recalled that last year, due to Covid 19 pandemic, the Saudi Arabian Government had announced that it would hold ‘limited Haj’ confined to people of different nationalities already living in the Kingdom.