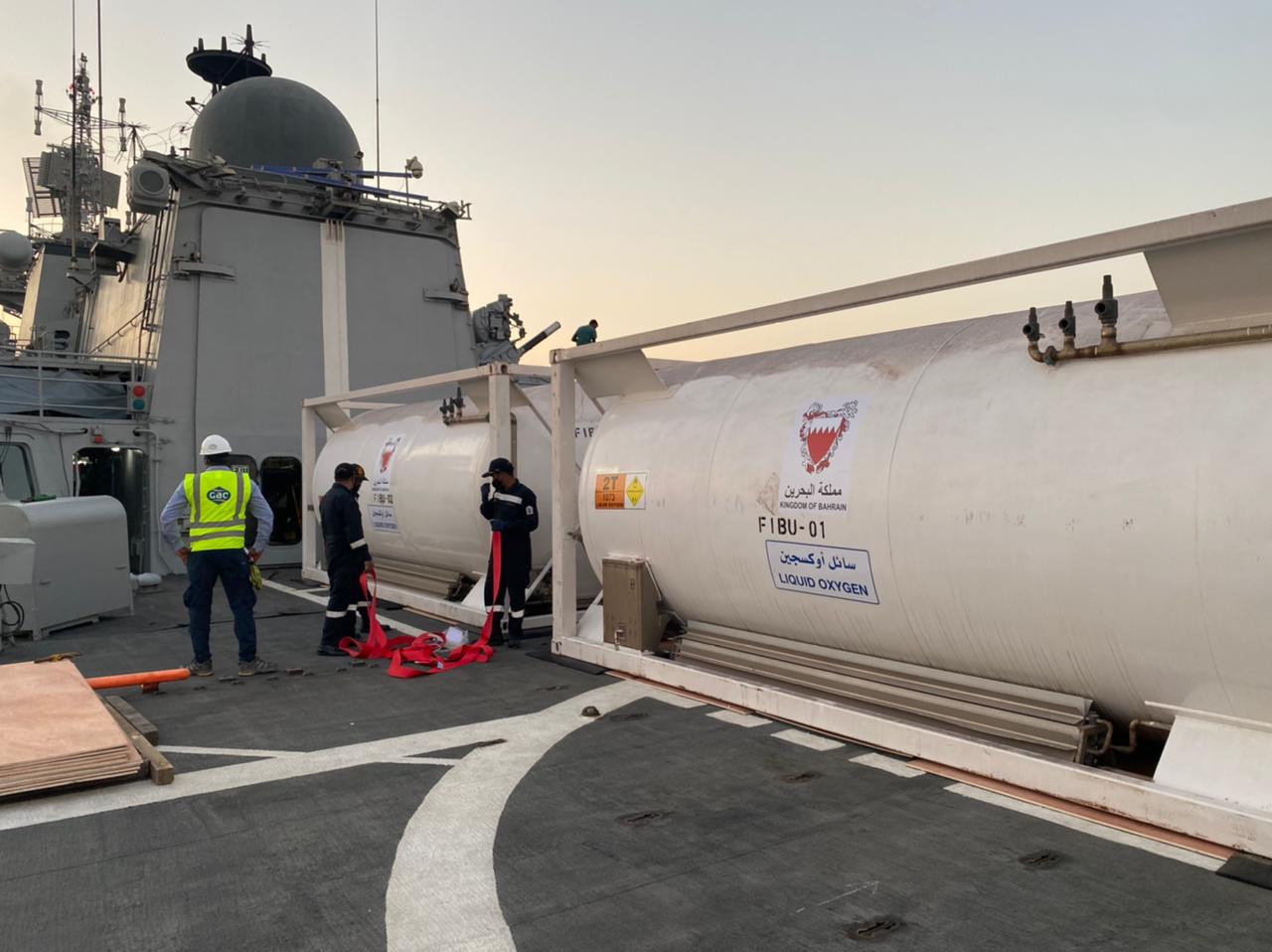 Ministry of Defence Seven Indian Navy Ships Deployed for Op Samudra Setu II Posted On: 01 MAY 2021 4:42PM by PIB Delhi In support of the natio

INS Kolkata and INS Talwar, mission deployed in Persian Gulf, were the first batch of ships that were immediately diverted for the task and entered port of Manama, Bahrain on 30 Apr 21.

INS Kolkata has proceeded to Doha, Qatar for embarking medical supplies and will subsequently head to Kuwait for embarking Liquid Oxygen tanks.

Similarly, on the Eastern seaboard, INS Airavat too has been diverted for the task, while INS Jalashwa, the LPD which played a key role during op Samudra Setu last year was pulled out of maintenance, readied  and sailed out to augment the effort.

INS Airavat is scheduled to enter Singapore for embarking Liquid oxygen tanks and INS Jalashwa is standing by in the region to embark medical stores at short notice.

The second batch of ships comprising Kochi, Trikand and Tabar mission deployed in Arabian sea have also been diverted to join the national effort.

From the Southern Naval Command, the Landing Ship Tank INS Shardul is being readied to join the Operation within 48 hours.

Indian Navy also has the surge capability, to deploy more ships when the need arises to further nation’s fight against COVID-19. It is pertinent that the ships are combat ready and capable of meeting any contingency in keeping with the attributes of versatility of sea power.

It may be recalled that Operation Samudra Setu was launched last year by the Navy and around 4000 Indian citizens stranded in neighbouring countries, amidst COVID 19 outbreak, were successfully repatriated back to India.