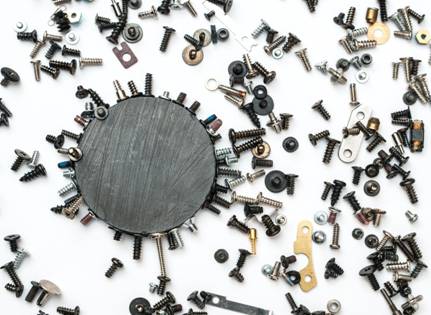 Image by Dan-Cristian Pădureț via Unsplash

Digital signals are the backbone of communication systems processed by hardware systems that transmit and receive the signals with the help of intermediate systems called ‘digital receiver systems’ or DRS. When magnetic matter creates signals, analysing them with DRS lets scientists study the magnetic fields. Analysing the properties of the signals, for example, how they vary with time, scientists can measure the fields and study their small fluctuations.

In a new study, scientists from Raman Research Institute (RRI), Bengaluru, an autonomous institute of the Department of Science & Technology, Government of India, have devised a more efficient, faster, and low-cost digital receiver system that can make precise measurements of magnetic fields. The study was supported by the Department of Science and Technology and the Ministry of Electronics and Information Technology (MeitY) Government of India. It was published in the journal IEEE Transactions on Instrumentation and Measurement. The system costs less than 350$ for all the silicon-based hardware and associated software.

The hardware of digital receiver systems are built with standard silicon-based memory devices. Computer codes are implemented that make these devices perform mathematical operations on the signal they receive, enabling DRS systems to measure fundamental properties of matter like ‘Spin’. The spin of electrons determines the magnetism of most of the objects around us.

“The electrons’ spin is not constant at room temperatures. They fluctuate,” explains Saptarishi Chaudhuri, associate professor of RRI and a co-author of the study. These spin fluctuations cause what scientists call ‘spin-noise’. By measuring the tiny fluctuations in the magnetic field, the researchers can infer the spin-noise accurately.

The work is an extension of the Ph.D. thesis work of the co-authors Maheswar Swar and Subhajit Bhar of RRI. The researchers heated rubidium atoms to temperatures ranging between 100 and 200 degrees Celsius, causing spin fluctuations. Then, they bombarded the atoms with a laser, which has a property called ‘polarization’. The spin fluctuations caused the laser’s polarization to fluctuate, which the researchers measured using a light detector. The polarization fluctuation is the signal for the digital receiver system. They then designed the system to work in two different modes. 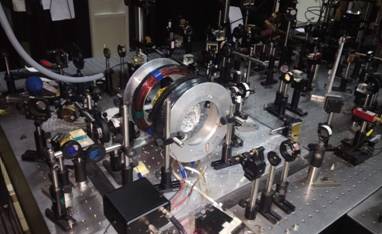 One of them uses a widely-used mathematical function, the ‘Fourier transform’ of the signal, named after its inventor Joseph Fourier. The Fourier transform of the signal lets them calculate how the rubidium atom’s energies vary, from which they can directly infer the magnetic field. A standard method of measuring the magnetic field analyses small frequency ranges of the signal separately. The researchers showed that their method speeds up the calculations compared to the standard method. Their improved method also increased their confidence in how the electrons’ energies vary more than ten times.

Sometimes, while measuring magnetic fields, the DRS may receive signals only for a short time. In such scenarios, it is essential to record the signal as it gets created without losing any part of it. The researchers successfully implemented this ability with the help of a combination of standard hardware and computer codes. They measured a magnetic field of 800 microgauss –– roughly a thousand times smaller than the Earth’s magnetic field, within a tenth of a second.

There was, however, a problem –– electromagnetic interference to the signal the DRS receives. “The source is the power supply to the digital receiver, and radio-frequency signals emanating from other nearby electronic devices, such as the computers, phones, lasers, and other laboratory instruments,” explains V. Mugundhan, another co-author of the study. They got rid of these sources by using a battery bank to power the DRS’s hardware components and shielded them entirely from interference using a 5-millimeter thick layer of mild steel. “We have also developed high-end data processing algorithms to remove the residual interference,” he adds.

Having demonstrated the functioning of a digital receiver system to precisely measure atomic magnetic fields, the researchers are open to large-scale manufacturing or commercialisation of the device. Such a step would require partners in the industry to show interest in the project. “There are no bottlenecks in manufacturing our device on large scales,” Saptarishi pointed out.