A very serious emerging threat concerns the growing extension of superpower rivalry for dominance to outer space. This may relate to economic, techn 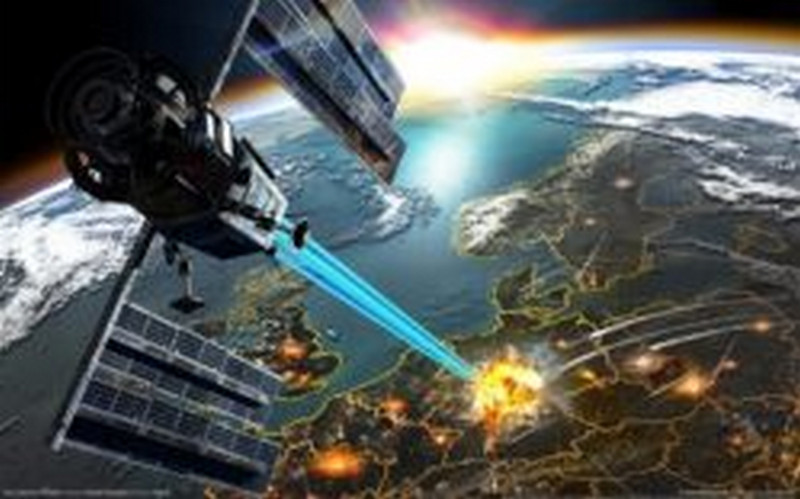 A very serious emerging threat concerns the growing extension of superpower rivalry for dominance to outer space. This may relate to economic, technological and even military aspects. Ultimately this may lead not only to  new kinds of pollution but in addition also to very big disasters.

The extent to which private corporations are being given a big role in the space race, particularly by the USA, makes a mockery of the great sense of responsibility and careful regulations needed in all developments relating to human activity in outer space. Private corporations may act in entirely profit motivated narrow ways and in the process the wider responsibilities and concerns may  see serious violations.

Space warfare can take place in several forms. One object placed in space can attack, destroy, damage or disable another object placed in space by another country. A missile from earth can destroy a satellite of another country in space. Or a weapon from space can destroy a target on earth. One such hostile act is likely to lead to one or more hostile acts by the affected party ( if the capacity for retaliation exists) and from here on the situation can escalate with unknown implications and results too frightening to comprehend.

These possibilities of warfare will increase as rival powers try to catch up with the present day dominance of space presence and technology by the USA. A review of space warfare possibilities published in the Scientific American by Lee Billings said, “ As China and Russia aggressively seek to challenge US superiority in space with ambitious military space programs of their own, the power struggle risks sparking a conflict that could cripple the entire planet’s space-based infrastructure. And though it might begin in space, such a conflict could easily ignite full-blown war on earth.”

The biggest danger will no doubt come if nuclear weapons or other weapons are also taken to space or used in space. This is of course strongly prohibited by the Outer Space Treaty but still the risk exists.

Over 95 per cent of countries of the world favor a strong demilitarization of space and this has already been reflected in several resolutions of the General Assembly of the United Nations. But the veto power at the Security Council comes in the way of  strong directions needed for this which are acceptable to big powers.

Dr. Michio Kaku, world renowned physicist has written, “  The weaponisation of space represents a real threat to the security of everyone on earth. …It will greatly accelerate a new arms race in space…”

In addition there is the increasingly serious problem of  pollution of space and more prominently the earth’s orbit.

The first aspect relates to space debris or space junk. This can be in the form of dysfunctional satellites or the various junk contributed by them or in the process of launching them. This junk has been increasing rapidly. The number of debris reported to be under observation is around 18000 but the number of smaller debris is much higher. The number of debris longer than 10 cm. is estimated to be around 34000, the debris of the length of 1-10 cm. is 900000 ( 0.9 million) while the number of debris smaller than 1 cm. is estimated to be around 128 million. As even very small objects can result in serious collisions in space , the presence of the smaller debris cannot be ignored.

This number of space debris is set now to increase as never before as the number of satellites in earth’s orbit is entering a pace of unprecedented escalation. This will pose many problems for constructive use of satellites for development purposes by late entering developing countries, apart from increasing the danger of collisions.

The second aspect of space pollution is related to light pollution. This did not become a very serious issue till recently as long as the pace of sending satellites in space was within manageable limits but with the very rapid pace seen recently the situation is changing and the number of satellites in space particularly the lower orbit of earth are likely to multiply by several times within a decade, according to present projections.

Some senior astronomers have said that astronomy as practiced so far will be jeopardized badly as it will become difficult to study the space and images as they have done so far due to this excessive light pollution.

Clearly there is  a very urgent need to check militarization  of space and pollution of space but the unfortunate reality is that these problems appear to be getting worse in recent times.

By Bharat Dogra – Convener, Save the Earth NOW Campaign and its SED Demand ( demand for declaring the next decade as the decade for protecting earth. His recent books include Protecting Earth for Children and Planet in Peril.