To address shortage of oxygen tankers in the country, the Union Government imports 20 cryogenic tankers of 10 MT and 20 MT capacity and allocates them to States

Ministry of Health and Family Welfare To address shortage of oxygen tankers in the country, the Union Government imports 20 cryogenic tankers of 1

To address shortage of oxygen tankers in the country, the Union Government imports 20 cryogenic tankers of 10 MT and 20 MT capacity and allocates them to States

To address shortage of oxygen tankers in the country, the Union Government has imported 20 cryogenic tankers of 10 MT and 20 MT capacity and allocated them to States. The mapping of liquid medical oxygen (LMO) from the manufacturing plant to different States being a dynamic process and transportation of medical oxygen through cryogenic tankers becoming a bottleneck in making available LMO from the eastern part of the country to other parts, twenty cryogenic ISO containers of capacity 20 MT and 10 MT have been imported to augment the transportation of Oxygen.

The Ministry of Road Transport and Highways (MoRTH) in consultation with Department for Promotion of Industry and Internal Trade (DPIIT) under the overall guidance of the Empowered Group-II (EG-II) have mapped the allocation of these containers to suppliers of the following States:

The cumulative number of COVID19 vaccine doses administered in the country has crossed 14.5 Cr today as part of the world’s largest vaccination drive.

Ten states account for 67.3% of the cumulative doses given so far in the country. More than 31 lakh vaccination doses were administered in the last 24 hours. 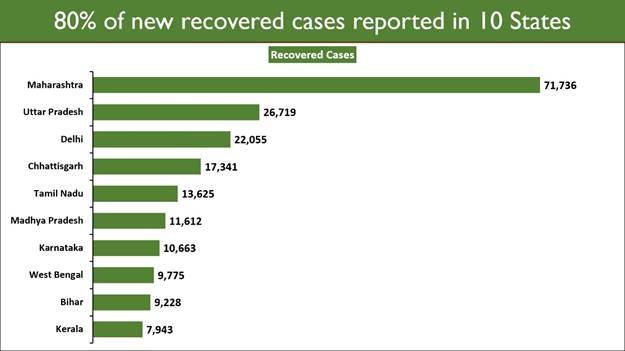 Maharashtra has reported the highest daily new cases at 48,700. It is followed by Uttar Pradesh with 33,551 while Karnataka reported 29,744 new cases. 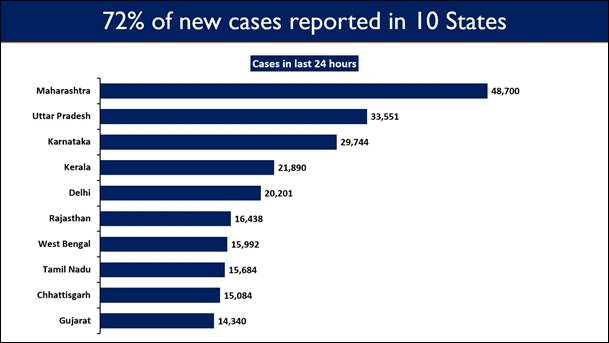 Cumulatively, more than 28 Crore tests have conducted so far, while the cumulative positivity rate is 6.28%. 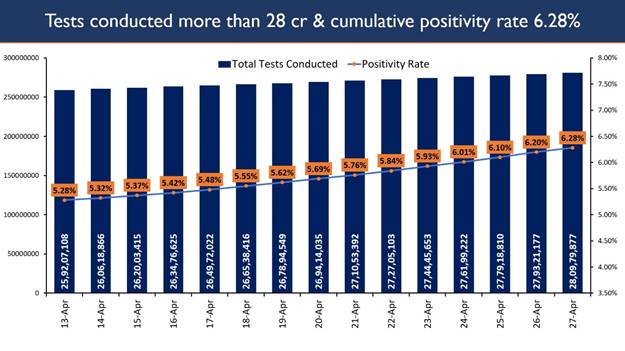 India’s total Active Caseload has reached 28,82,204. It now comprises 16.34% of the country’s total Positive Cases. A net incline of 68,546 cases recorded from the total active caseload in the last 24 hours. 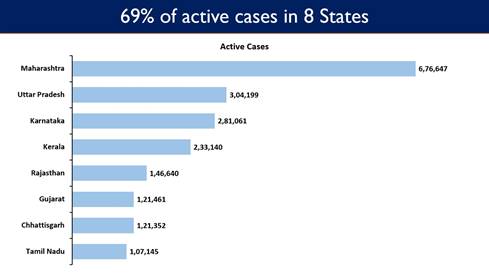 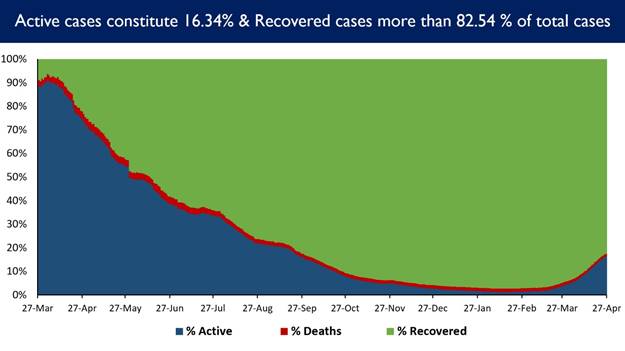 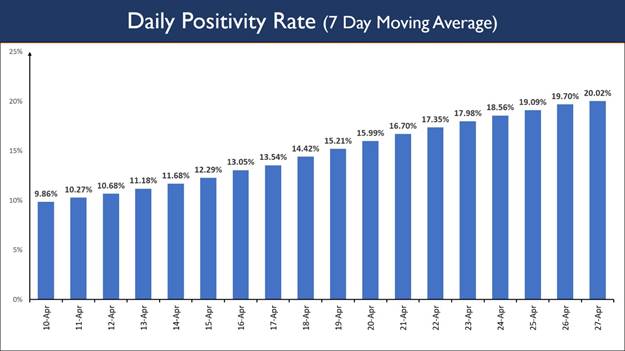 The national Cumulative Fatality Rate (CFR) has been falling and currently stands at 1.12%. Loading...
Newer Post
PM greets people on the auspicious occasion of Hanuman Jayanti
Older Post
Department of Agriculture, Cooperation and Farmers Welfare (DAC&FW) is working to identify Traditional Organic Areas to transform them into certified organic production hubs
United States Trains Ukraine To Identify and Respond to the Use of Weapons of Mass Destruction in Targeted Assassinations