Hill States Discover the Peril of Depending Too Heavily on Tourism

It is not only the regular employees of hotels in the small town who are busy, others in villages are being called for the peak season. Home-stays 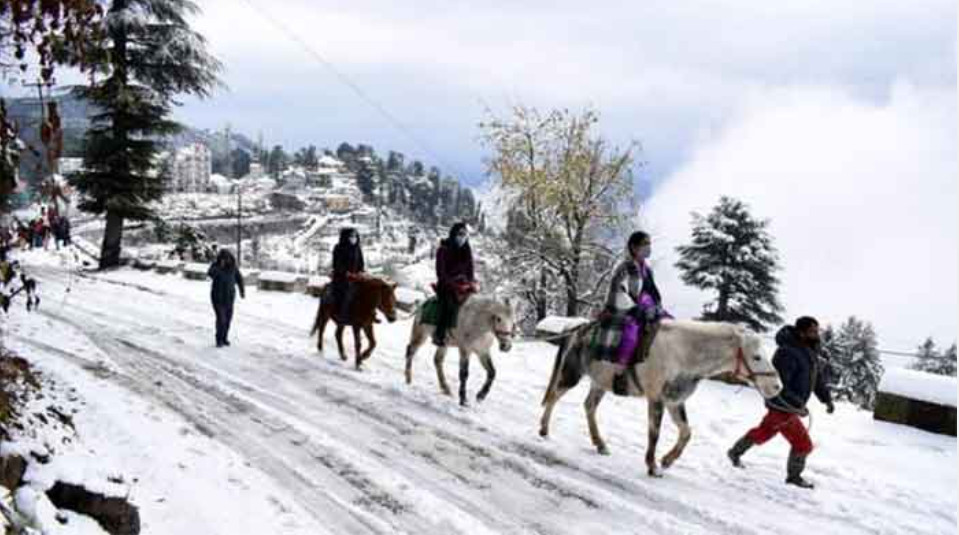 It is not only the regular employees of hotels in the small town who are busy, others in villages are being called for the peak season. Home-stays and bed and breakfast joints  also spring to life. In the elegant small shops of the Tibetan market as well as in the Heritage Market ( as also the various scattered units), shopkeepers stock up provisions and think of innovative ways of attending to the evening rush overcoming the limits of their small area.

Taxi and travel operators are happy that their mobiles never stop ringing and even while driving one team of tourists to their destination they are busy  fixing things with the next batch of their customers on phone.

Even the hordes of monkeys,  so it seems, appear to be getting ready for feasting in the middle of peak tourist rush!

All this is missing this summer, for the second year in a row. The culprit—the pandemic again. Till only a few weeks ago several hotel owners were looking forward to making  up  for the losses of last year and also investing for this, but as the pandemic worsened suddenly, their hopes were dashed. There have been huge cancellations of hotel bookings.

Already there is talk of not just temporary hotel closures but even of  forced sales in case of those already saddled with loans. The smaller establishments which involvement repayment of loan installments are facing this pressure and tensions are mounting. Many taxi owners also face this tension as they are unable to pay their loan installments in the face of substantially reduced earnings. Even several regular employees face loss of jobs, while those in villages who were looking forward to peak season tourism employment have almost given up hope. Shopkeepers, vendors and traders, whether those  in hill stations or along the roads and highways, have resigned themselves to yet another summer without the expected earnings.

For village-based participants in tourism, this adversity is all the more difficult to bear as this has come in the middle of adverse weather conditions and reduced prospects from other rural livelihoods.

This situation is hardly confined to one or a few hill-stations. Similar news is pouring in from other hill-stations, including bigger ones like Manali. Grim as all these prospects are, this is also a time for realizing that too heavy a dependence on tourism is not good for hill regions. It is nice to develop tourism, particularly eco-friendly tourism which is capable of benefiting common people, but this should not lead to a situation where communities become a little too dependent on tourism and youth in particular are increasingly alienated from livelihoods rooted in farming, forestry, pastoral  and related activities.

While inter-acting with youth of such tourism dominated areas, one gets a sense of such alienation. Their villages have other exciting prospects also such as biodiversity related activities, herbs, organic farming but they do not appear to be attracted towards exploring these  sustainable livelihoods.

While a pandemic related disruption of tourism is rare, there are other factors which limit, or should limit, the growth of tourism beyond a point. For example villages and settlements near some tourist destinations face acute water shortage during the peak  tourism season of summer. Increasing tourist flow at the cost of denying this most basic need to villages will certainly not be proper and cannot be justified.

Hence it will be much better to have a more balanced perspective on hill area development and provide only such  role for tourism as is consistent with this balanced approach and sustainability.

Courtesy: Bharat Dogra, a journalist and author. His recent books include Protecting Earth for Children and Man Over Machine.